was between 2004 and 2010 an artistic & curatorial platform for sonic art. As its founder and creator, Agricola de Cologne curated and realised in total seven major editions of sonic art online, which have been presented on numerous frestival, among others “FILE Hypersonica” in Sao Paulo/Brazil, and one phsysical exhibition, entitled: “soundOBJECTS”, in Valencia in 2008. 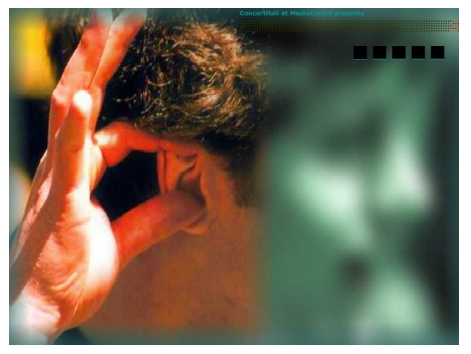 Initiated as a corporate part of the global networking project [R][R][F]200x—>XP on occasion of its particiaption in Biennale of Electronic Art Perth/Australia 2004, SoundLAB invited during its seven years success artists and curators dealing with sonic and radio art.

Agricola de Cologne did not only create the interface for the seven editions and curated this virtual space, similiar like he practised it with “JavaMuseum”, but as as someone who had a profound musical education, but was no expert in soundart, he curated the soundart submission from his point of vieww as a creative in arts, so he di it from his very personal point of view.

It was his interest in this particular medium using sound creativley but differently than music, but it is the nature of sonic art, that it is related to music and practised by musicians as a non-visual medium.

It was fascinating to find out that like in visual art, also this in type of non-visual art the creator found their specific personal language to express themself. It was always a great pleasure for Agricola de Cologne to be confronted with different kind of artistic creativity under his curatorship. See also following inter view –>

In order to give the user more background information about the creation of sonic art, Agricola de Cologne initiated in 2006 “SIP _ SoundLAB interview Project”. He invited the participants of the SoundLAB editions to answer 10 questions of an interview.
–

In 2010, SoundLAB release its 7th and final edition. Since then, also Soundlab became an historical digital monument. However, in 2015, on occasion of the 70th return of the Night of Broken Glass (reichskristallnacht), SoundLab had been reactivated releasing an new exciting project entitled: “soundCOLLECTIVE – collective traum, identity and sonic art” – http://soc.newmediafest.org